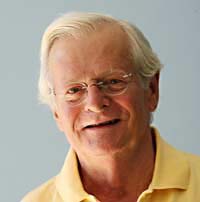 The sudden loss of Professor Emeritus Demetrios (James) Georgas on April 20, 2018 in Athens, Greece, leaves us all in deep sorrow. A pioneering figure in Greek Psychology, but also in the international Psychology community is no longer among us.

James Georgas received his PhD from Loyola University of Chicago, Illinois, USA. Among many other positions, he served as Professor at the Department of Psychology of the National and Kapodistrian University of Athens (1981-2002), Head of the Department of Psychology (1988-1997) and Director of the Postgraduate Program of Clinical Psychology (1996-2001). During his long academic career, he vastly contributed to the development of psychology and social psychology in Greece and cross-cultural theory and research internationally. With commitment, he served the goals of the International Association for Cross-Cultural Psychology as Regional Representative for Europe (1986-1988, 1994-1996), EC member, Secretary General (1996-2000) and President (2006-2008). He received the IACCP Honorary Fellow Award in 2012.

Many Greek psychologists, academic staff/faculty members ‚Äì once his university students ‚Äì agree that Jim was such a gifted academic teacher that he would always know ‚Äúhow‚Äù and ‚Äúwhen‚Äù he would motivate, support them, and guide them as their mentor. His unconditional and unlimited passion for his academic activities marked each and everyday‚Äôs work earning respect and gratitude. His ultimate significant work, Families Across Culture: A 30-nation Psychological Study (James Georgas, John Berry, Fons van de Vijver, Cigdem Kagistcibasi, & Ype Poortinga), earned him the 2007 Ursula Gielen Global Psychology Book Award of the American Psychological Association ‚Äì International Psychology Division.  For those who knew, this work reveals another major goal in his life, his devotion to his loved ones.

Prepared by Aikaterini Gari and Kostas Mylonas  (on behalf of the Department of Psychology, National and Kapodistrian University of Athens)