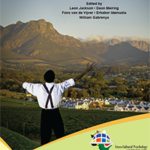 International Congresses (every two years) serve as major meeting places for the exchange of ideas among researchers and students from all over the world. The first Congress was held in Hong Kong (1972), the most recent were in Nagoya, Japan (2016) and Guelph, Canada (2018). The next International Congress will be held in Olomouc, Czech Republic in 2020.

Regional Conferences serve to bring people together within regions, or from outside who share an interest in a region. The first Regional Conference was held in Ibadan, Nigeria (1973) and most recently in San José, Costa Rica (2019).

Sponsored Conferences are those in which IACCP plays an official role but does not directly organize.

In addition to these two kinds of Conferences, IACCP participates formally in the Conferences of other organizations, such as the European Congress of Psychology.

Congress Books: A peer-reviewed book of chapters based on Congress presentations is published for each Congress. Since 2006, they have been published as eBooks. Click here to see the books.

Groups who wish to propose IACCP Congresses or regional conferences must use the information in this form as the basis for a formal, written proposal.  Download the attachment below.

The 2023 Regional Conference Will Be Held in Limerick, Ireland!